3 Elements That Are Making the Automotive Industry Sexy Again

Tesla made headlines last week when it announced a plus-up of 350 service vans that will bring repair support to customers’ doors – along with standing up 100 new service centers and hiring more than a thousand service technicians.

Tesla will begin delivering its mass-market Model 3 at the end of July and the company’s evidently savvy enough to know that consumers have little tolerance for cars that take weeks to fix.

But how are Tesla and other car manufacturers faring in an era where consumers, reporters, activists and others get brand news and have social conversations en masse? Over the past quarter, Zignal Labs has analyzed the media spectrum – from news mentions to social to sentiment – with a deeper look at autonomous vehicles, fuel efficiency, and ride sharing, and the effects on brands.

Here’s what we found.

Electric vehicles are a source of fascination for consumers….Tesla was the number-one most mentioned US car manufacturer – and by far, the most positive overall conversation on social about the industry itself was fuel economy. 51 percent of sentiment on that subject was positive, directly tied to electric vehicles. California drove the conversation around fuel efficiency – perhaps not surprising, as it’s Tesla’s home base and given the Golden State’s early-adopter mentality on all things environmentally friendly.

but autonomous vehicles win the popular vote. Self-driving cars were the most popular focus for media and social conversations. We saw the biggest spike in mentions in mid June, after Apple announced its plans to make an autonomous car system. In fact, Apple’s star wattage helped the company earn two of the top five news stories on autonomous vehicles despite not being a car manufacturer. It’s hard not to be excited by the prospect of Apple’s sleek, functional, iconic design aesthetic at work in the automotive space. However, Uber, Tesla, Ford and General Motors were the brands most often mentioned on social and in media in relation to autonomous vehicles.

Ridesharing earned strong marks for mentions. The disruptive ridesharing model is still a hot topic in the broader media spectrum. Uber, of course, dominated the conversation with nearly 200K mentions linked explicitly to the term “ridesharing.” Similarly, Lyft and the idea of ridesharing itself each increased weekly mentions throughout the quarter. We saw the strongest conversations around ridesharing originate from California, New York and Texas. The Wall Street Journal and the BBC are the influencers with the most mentions of ridesharing specifically.

In short, our data paints a clear picture: from electric vehicles that offer better fuel economy to self-driving cars, consumers and media alike find the application of new, disruptive technologies to an established industry to be compelling enough to watch and discuss on an ongoing basis. 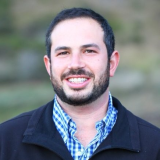 Josh is a Co-Founder of Zignal Labs.