What is a Social Media Bot? Social media platforms were created as a way for people to interact with each other, no matter their location. Yet, every single one now has hundreds of thousands of accounts that aren’t actually run by humans. What does this actually mean? How do they work? We’re here to provide some clarity.

What is a bot?

A social media bot is a profile on a social media platform that is automatically programmed to generate messages, follow accounts, reply to or share particular hashtags, usually using Machine Learning.

How are they used?

The original purpose of bots was to automate simple or repetitive tasks. Some of the positive uses included sending encouraging messages to users exhibiting signs of depression, automated messages showing the location and magnitude of any recorded earthquake and sports scores.

However, malicious actors found ways to harness bots for their own benefit. The first signs of this appeared during the 2016 U.S. election where the Russian government leveraged bots to spread divisive messaging. A study found an estimated 400,000 bots drove nearly 20 percent of all political-related chatter the day before the election. The political realm acted as a testing ground for manipulating public opinion and distorting the truth in news — now, bots are being used to attack enterprises for financial gain through attacks that spread disinformation, manipulate stock prices, damage the reputation of executives and amplify phishing and other cybersecurity attacks.

They can be made to appear as if they are human accounts. Bots are made to have a username that looks genuine, post at the same time of day and the same number of times as a human, speak a language in a coherent manner and post on a wide range of topics in the same way a human would. Because of this, these fake accounts are often trusted in the same way real accounts are — in fact, 30 percent of people can be deceived into thinking a bot profile is human. Usually, these bots don’t work alone. Botmasters create and control botnets that consist of tens or even hundreds of thousands of these automated social bots. The largest one discovered contained 350,000 bots. They can all be programmed to target the same topic, hashtag, author or issue at the same time, often drowning out legitimate conversation. When corporations and politicians rely on likes, tweets and reposts to gauge the popularity of success of a campaign, this disinformation becomes a big issue.

Every company is a potential target for social media bots, regardless of their own social media presence. Bots can be set up to target anyone or anything, peddling anything from fake news to stories from years ago. The only way to prevent these attacks is to identify botnets and know when they attack your brand.

Learn more about the threat social media bots pose to the enterprise and how to protect your brand against them in our eBook: Your Guide to Protecting Your Brand From Social Media Bots. 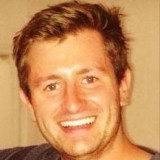